The 2019 adidas INFINITE TRAILS World Championships are in the books and what a weekend it was in Gastein/SalzburgerLand, Austria. The unique team relay trail running event saw extreme heat, heroic performances and an incredible, communal atmosphere from the Thursday evening Prologue all the way to the last finishers at 1am on Sunday morning. The athletes  gushed about the “purple carpet treatment” and the amazing spirit of community that pervaded every corner of the Gastein valley and they couldn’t say enough about the incredible trails that wound their way through quaint villages and up to the peaks of the Austrian Alps. 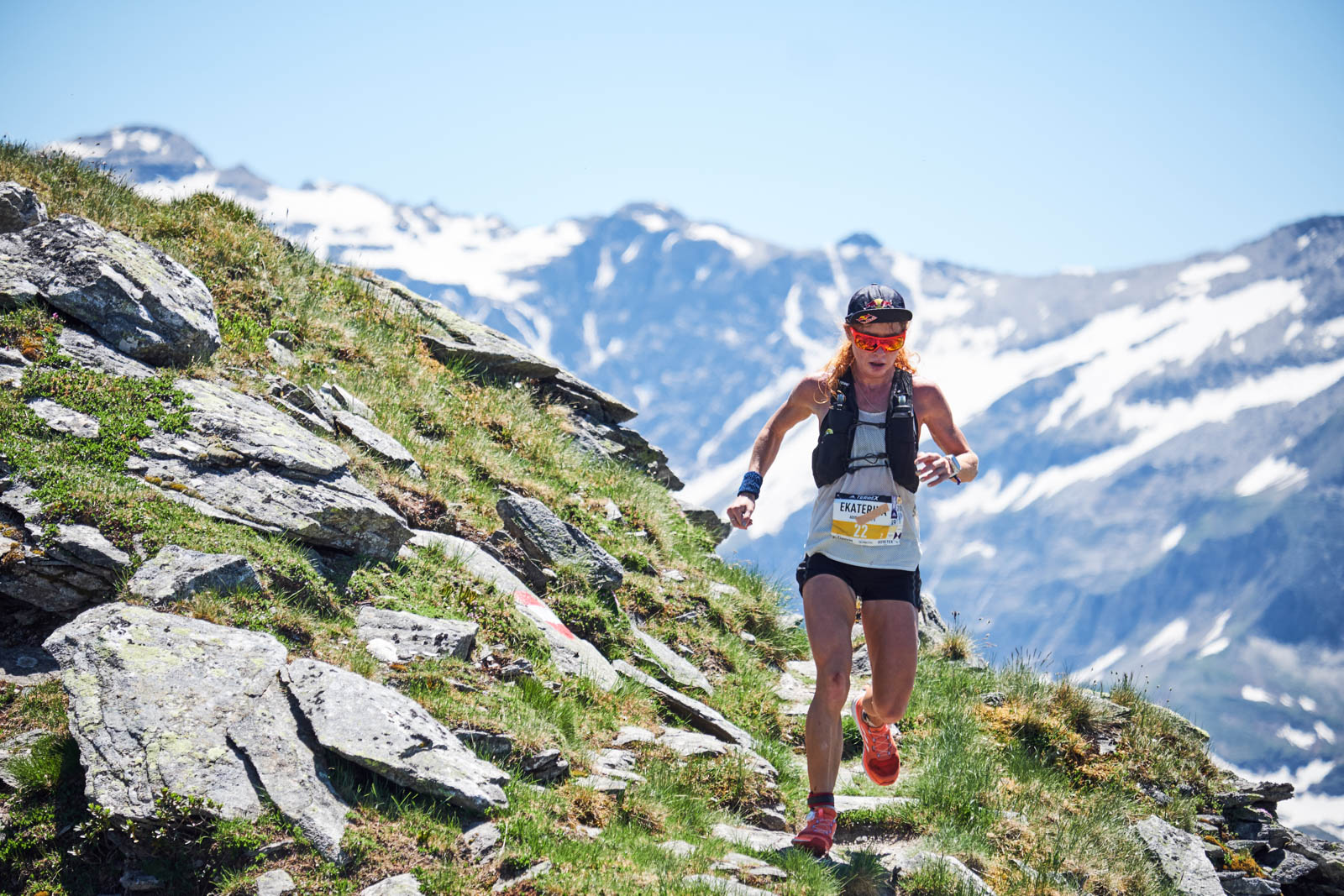 “The routes were incredible. Really, really challenging -and hot – but when I made it to the top of the second peak on Loop 2, it was literally life changing for me. I had to push myself to get there but I had other runners and volunteers even taking my hand and telling me I could do it. It was super emotional but also rewarding. The views up there have to be the most beautiful in the world. I’ve had a rough few years with injuries and other things but this really changed things in the right direction. I’m so thankful, an incredible event from start to finish,” Brittanie McGee of adidas Runners NYC told us after the race.

As the many course marshals and volunteers helped the runners on their way through the 127 kilometers that made up the adidas INFINITE TRAILS World Championships’ three loops, the finish line in the Alpen Arena was a place that seemed for runners, volunteers and casual passers-by to be tough to leave.  They just couldn’t pull themselves away from the near constant drama that was unfolding in the outdoor arena and they wanted to support every single competitor that came running through Bad Hofgastein to the end of their journey. Many of the finishing men and women crumbled to the ground as soon as they arrived, completely exhausted but entirely satisfied. They had achieved something great, an accomplishment that would stick with them for the rest of their lives. The crowds had cheered them from starting line to mountain side and from beer gardens to the final lap. 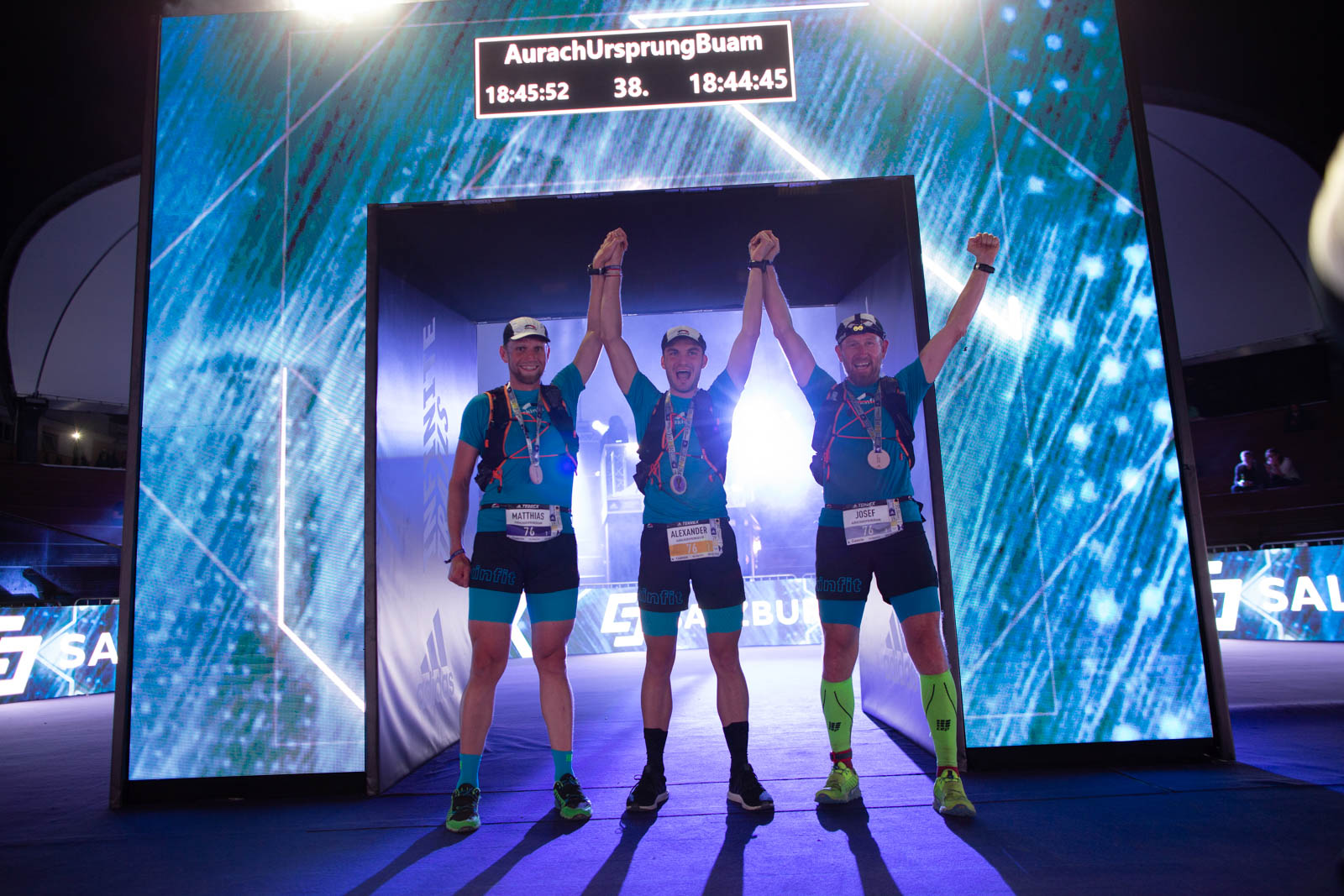 Of all the heroes of the day, perhaps the most important were those who took their time to give someone a high-five, a smile or a bit of vocal motivation. In short, the volunteers and the locals, in general, were incredible.

Sustainability and community from the very beginning were key words at the adidas INFINITE TRAILS World Championships and themes like recycling, natural foods and protection of the environment were hugely important but this focus stretched even further and also considered topics like equality in pay for all winners and using local talents and resources whenever possible. 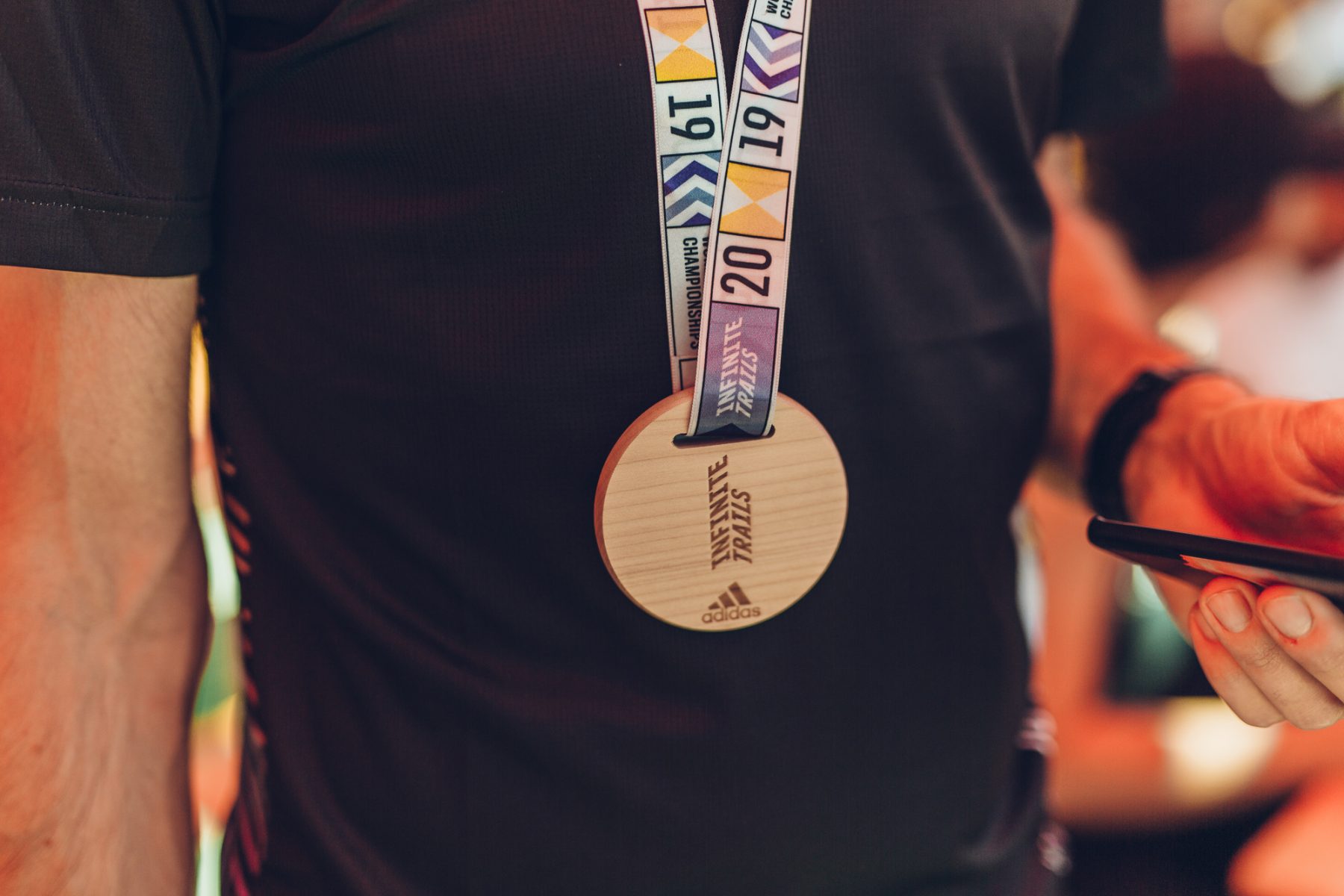 The medals, for example, were made of wood by local craftsman and the finishing touches were applied by little creators from local schools.  The routes were designed by two local Gasteiners, former Austrian trail running champion Sibylle Schild and Hans-Peter Harlander, who organizes ‘Bein.hoat – Das Vertical’ (hill climb trail race) in Dorfgastein. Most of the incredible volunteers were from the area and even the bottled water was from the mineral rich fountains of the region.

As Andrew Wilson, Head of Global Sports Marketing for adidas Outdoor, said after the race: “There can only be a few places in the world that could rival Gastein in hosting an event like this. It’s really the perfect location and this event couldn’t have happened without local support and the residents really taking the race and calling it their own.” 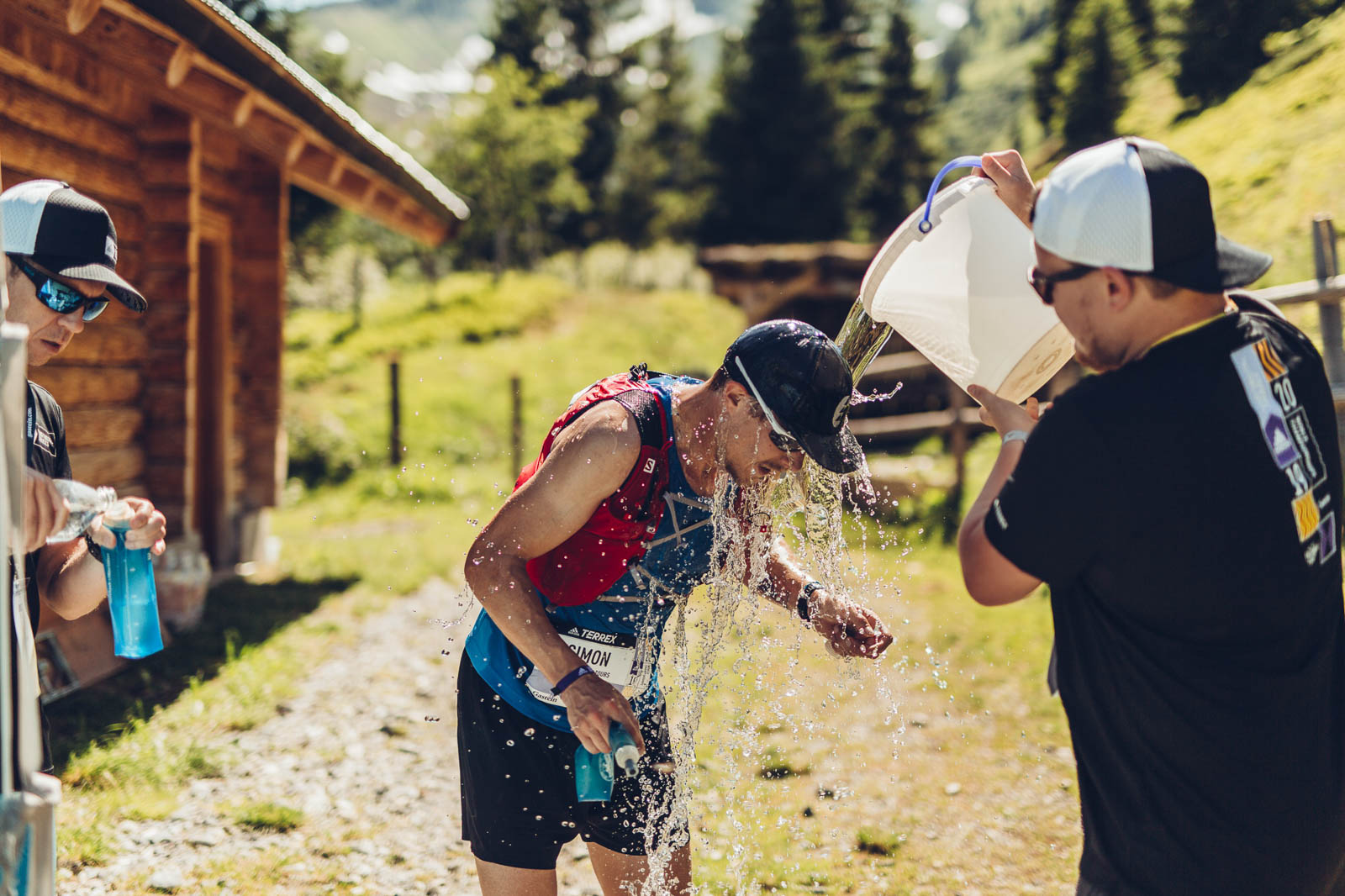 “The volunteers and marshals were so great and so helpful and optimistic. It really is what puts an event over the top. They were out there all day too and I really appreciate the great effort they put into helping us through a tough, hot day,” Brittanie said.

Chloe Acebo of the adidas Runners L.A added, “I really couldn’t believe it, there were people all the way up the mountains cheering for me and yelling things I couldn’t understand. It really helped. This run was tough. It was really hot and sometimes it was hard but then someone would give me a high-five or something and I’d get a little boost to my step. It was really a fantastic atmosphere.” 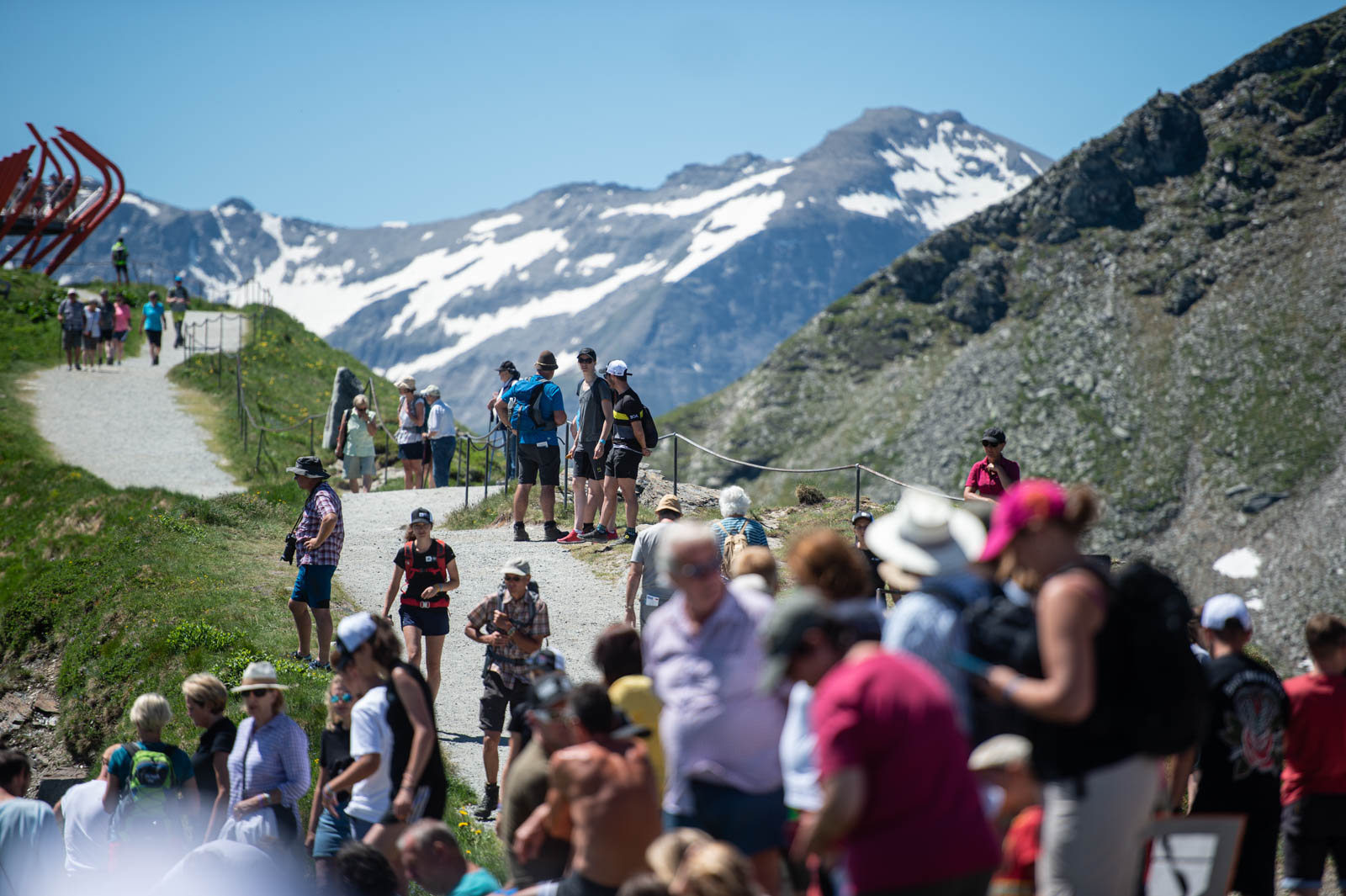 “I’ve truly been blown away by what one of my coaches called the ‘purple carpet treatment’”, said  Alex Choi, also of team adidas Runners L.A – the carpet referring to the huge purple carpet covering the Alpen Arena -. “The volunteers and everyone involved have been really great. They were all over the place on the route. I was running up and I heard something at the very top of the mountain and I thought there’s no way people are up here…and it ended up being cowbells. I’m from L.A man, I’ve never seen that. Very cool.”

The day had it’s focus sometimes drawn to the stars of the sport because of their great finishing times and their aIT championship victories, but for those who were there, it was equally as much about the wide-eyed amateurs from the streets of L.A and New York and runners from Korea, Peru, New Zealand, South Africa and 41 other countries around the world that made this race something special. The feelings of friendship and community were so strong you could feel it in the air. Everyone was rooting for each other, hoping for the best and encouraging people they had never met before. At one point a man from the US wrapped an arm around the shoulder of a total stranger from South Africa as they crossed the finish line after they had pushed each other to not give up over the last few kilometers – a gesture that was simple but powerful. These men and women put their bodies, their hearts and their souls on the line to run these extreme and beautiful routes and now they can go home – wherever that may be – with a trophy and a piece of paper that says “you finished the adidas INFINITE TRAILS World Championships 2019”. In the end though, hopefully their memories will be the biggest prize from their weekend spent  in the Austrian Alps. 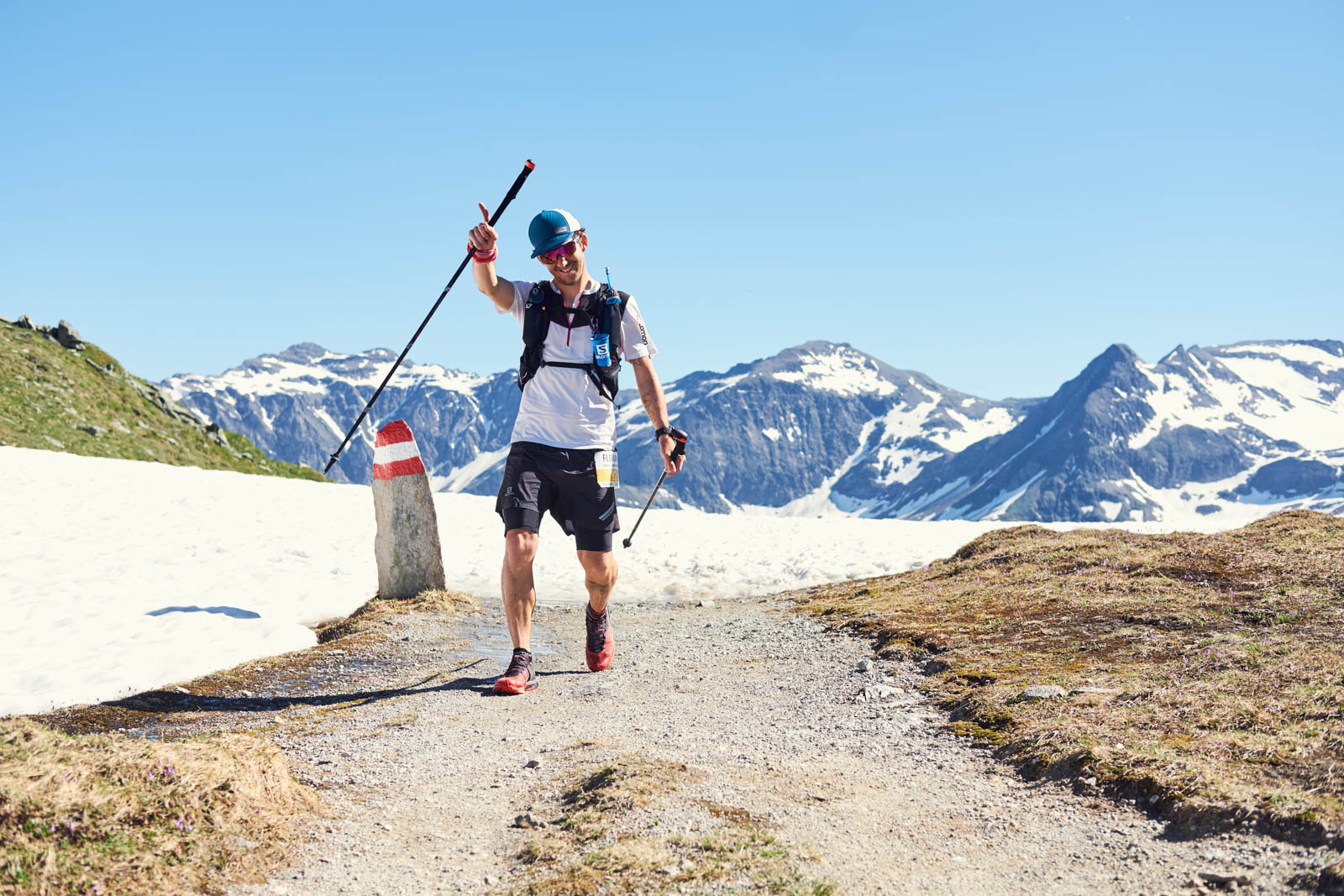 “It was like my brain was swimming at one point and I had to be sure to be steady and stay on my feet. It was very hot. It was a difficult race but it was also beautiful and very fun to run for my brothers”, Luis told us after the race. 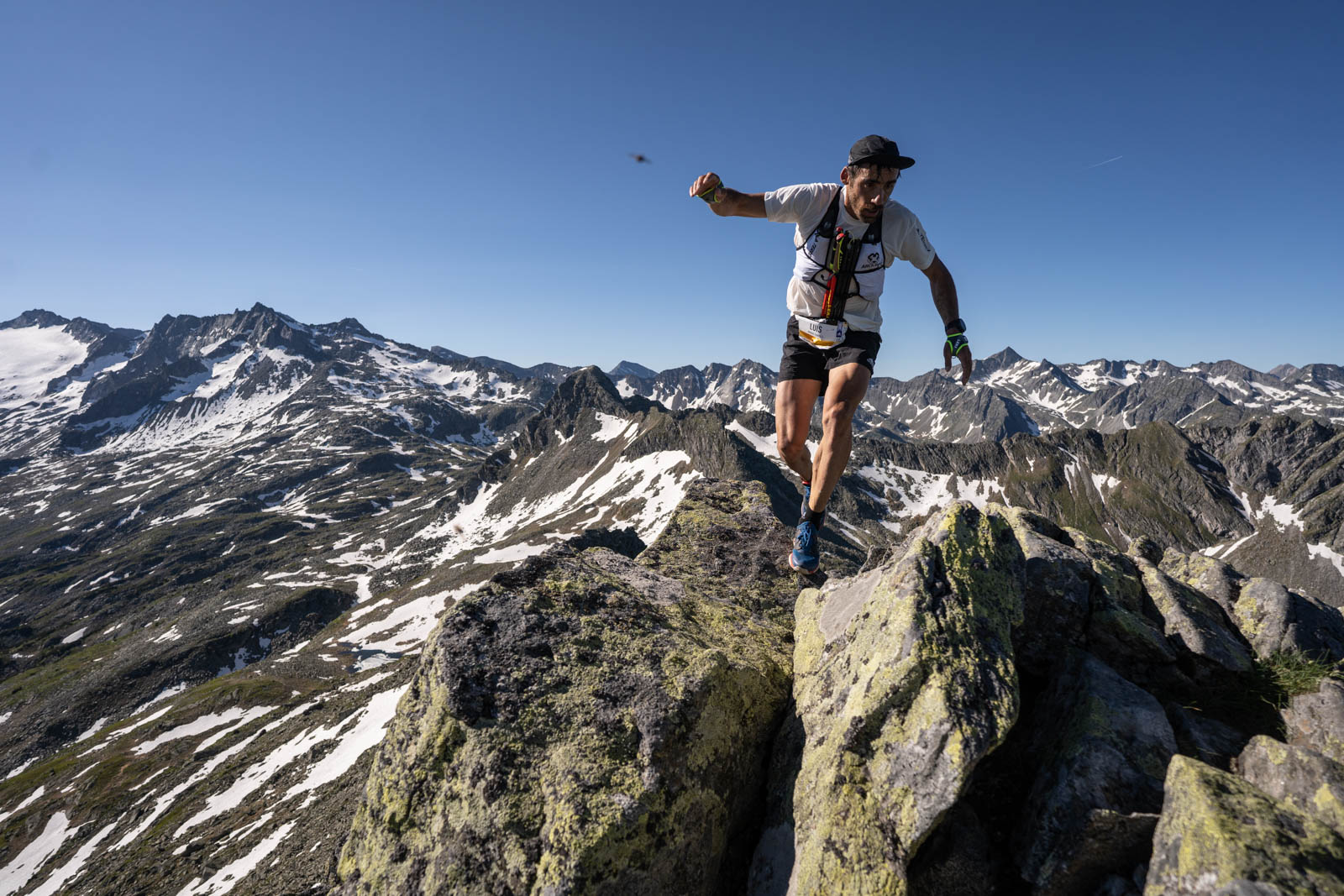 Timothy Olson was excited and yet calm before his turn came to run Loop 3. Chatting with anyone who walked by and showing little to no signs of nervousness or worry, the ever-calm American knew that there were high expectations for him and his team but he was focused and in the end his nerves – and legs – didn’t disappoint.  The native Coloradan finished strong and the favorites took home the adidas INFINITE TRAILS World Championship of 2019.

“It is such an amazing feeling to win this event here in this wonderful place. It was a great day, I really enjoyed the run and we all had to push through the heat but it felt great to cross the finish line together.” 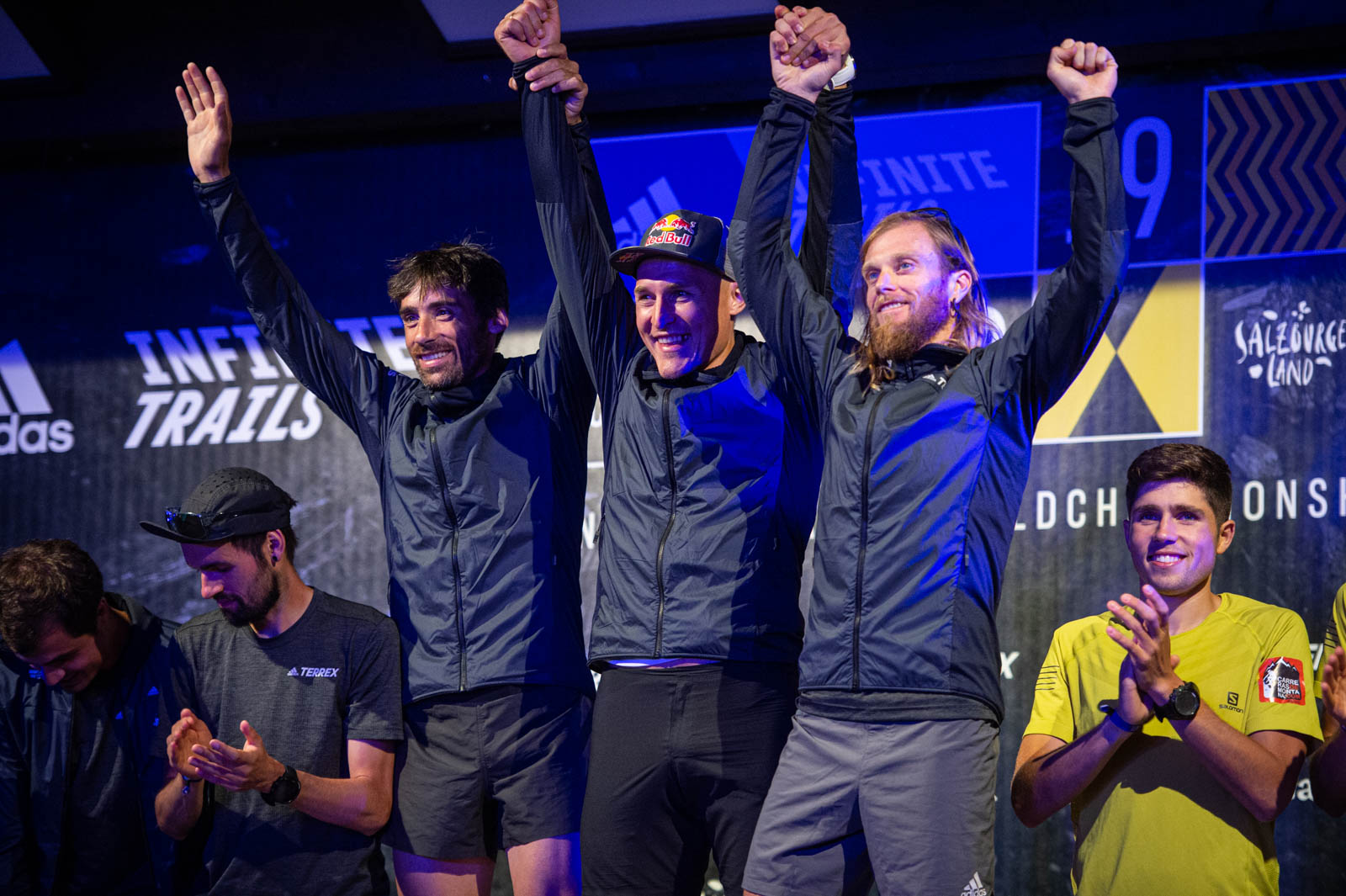 The women’s championship was run parallel to the men’s and mixed categories (men and women) and the runners set off on a pursuit start which had been determined on Thursday evening by the combined finishes in the 15K Prologue. This race, unlike the others,  was not in any way one that was dominated by a single team. It was however, about two teams that had remained fairly close for nearly 16 hours until, at the end of Loop 3, the competition eventually ended with Jasmin Nunige (SUI) edging out Kim Schreiber (GER) for the win. This competition between the two was particularly interesting due to their age difference as Jasmin is a wily veteran of 46 and Kim a rising star of 24. This gave a small glimpse into the disparity of those running in the adidas INFINITE TRAILS World Championships.

Jasmin actually started 20 minutes behind Kim who was in the lead position, but starting with a deficit and running in the intense heat didn’t seem to matter to the veteran runner from Switzerland.  “I heard at one point that I was only four minutes behind so I pushed really hard and I guess I made it work. I’m really thankful for everyone who supported me and for my teammates who are so great. It was an amazing place and I absolutely loved running in the mountains here,” described the emotional champion.

This Swiss woman may have set herself up as the first ever hero of the adidas INFINITE TRAILS World Championships and her energy and passion for the sport, even after running for nearly thirty years, should be an inspiration to athletes of all kinds. 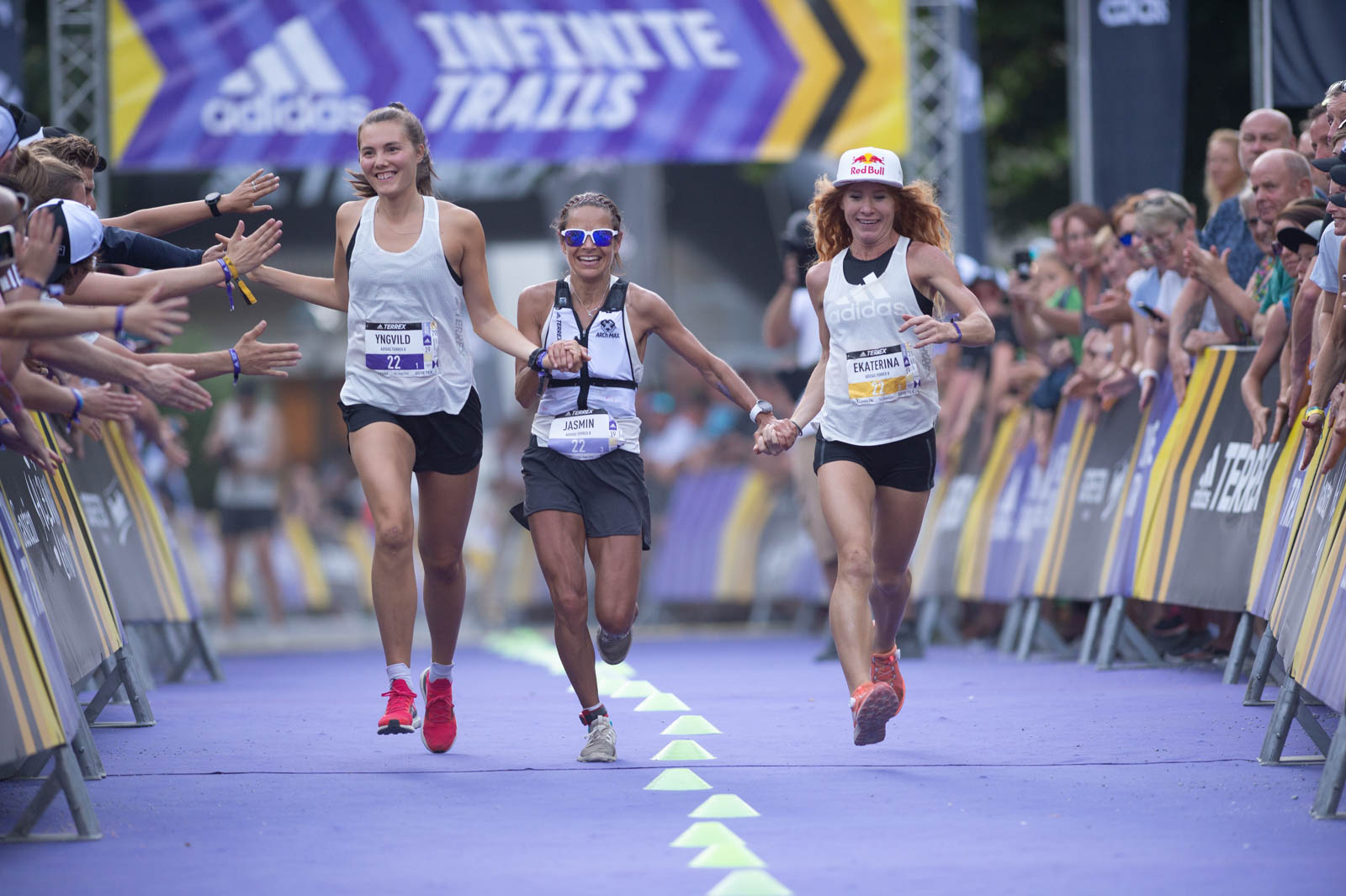 The mixed event was one that had a lot of great stories and was headlined by a very solid performance from the top team of Marcel Höche, Adrian Niski and Deborah Chiarello. They were so strong that they seemed almost nonchalant – in a good way – as they made their loop around the village of Bad Hofgastein. They, like every other finishing team, completed the final Loop together and crossed the finish line as a team. 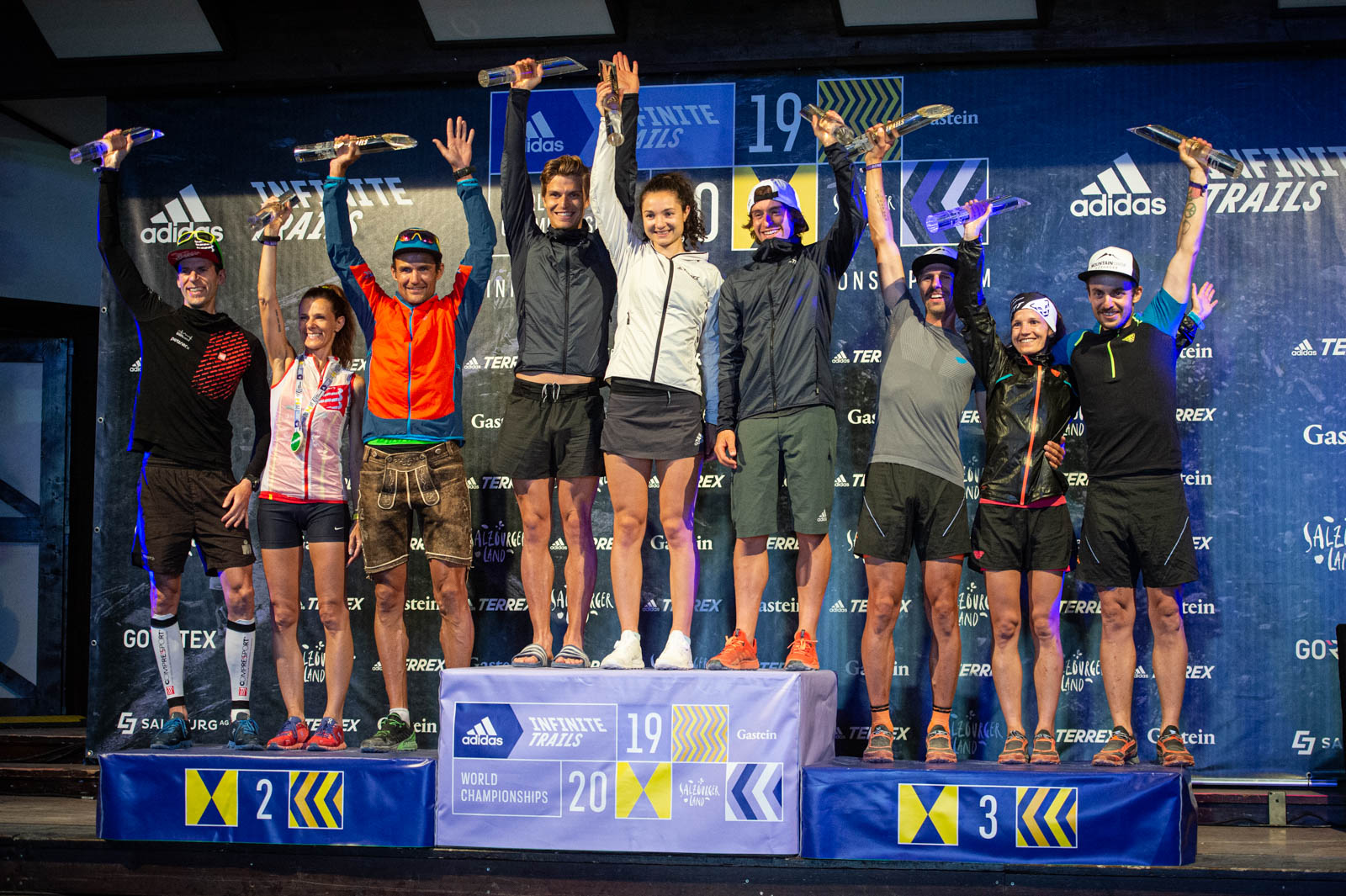 As Saturday night wound down, Timothy Olson and Sheila Aviles (ESP) – a 20-year-old phenom and adidas TERREX runner, who won Loop 1 for the women’s category and finished with her team in second-place – could be found relaxing and shooting the breeze at the finish line with amateurs who had only picked up trail running running three months ago. The mood was light, jubilant even and as Saturday ticked slowly into Sunday the one clear sound – outside of the pump-up music – was that of people cheering, until the very last runner had crossed the finish line. 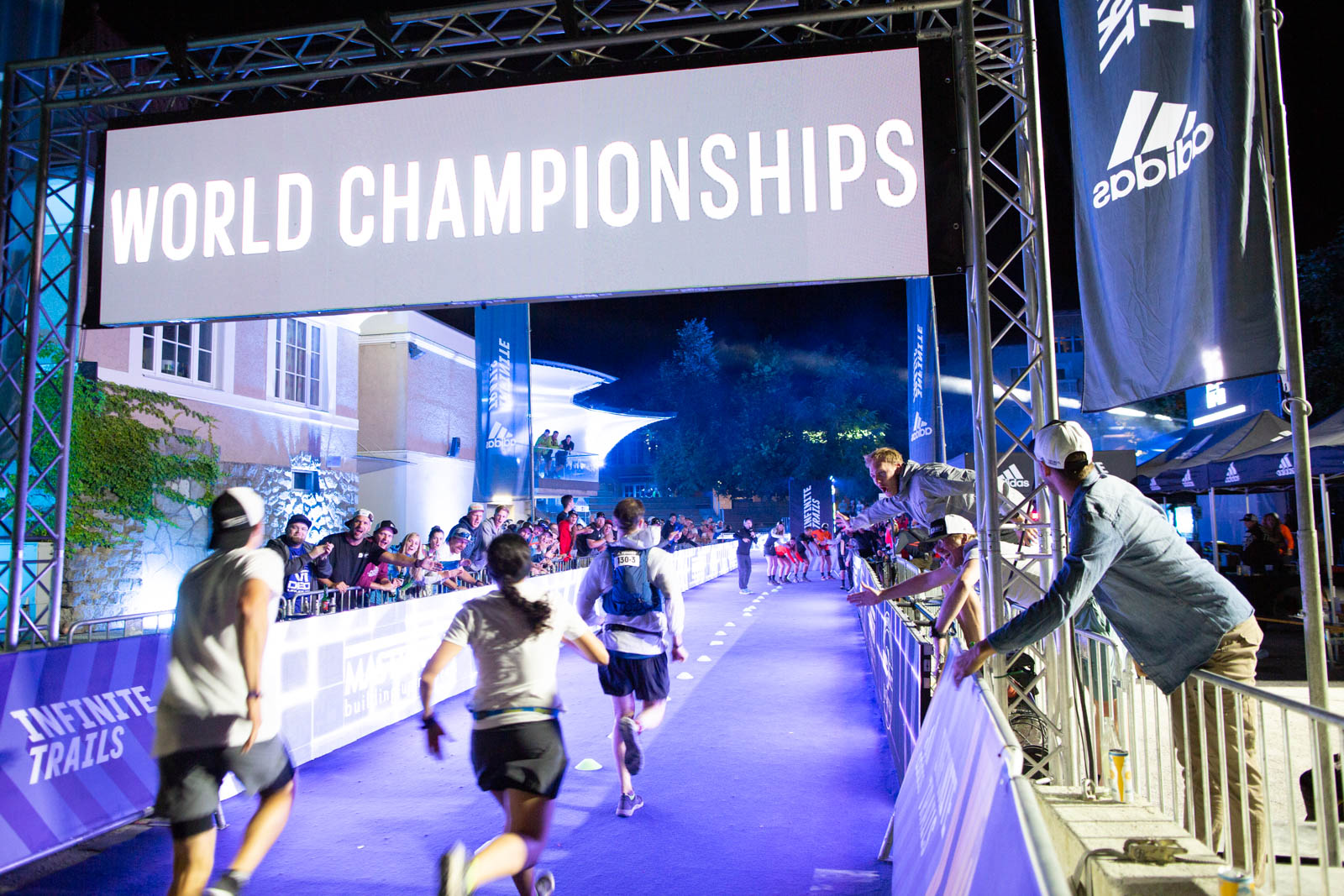