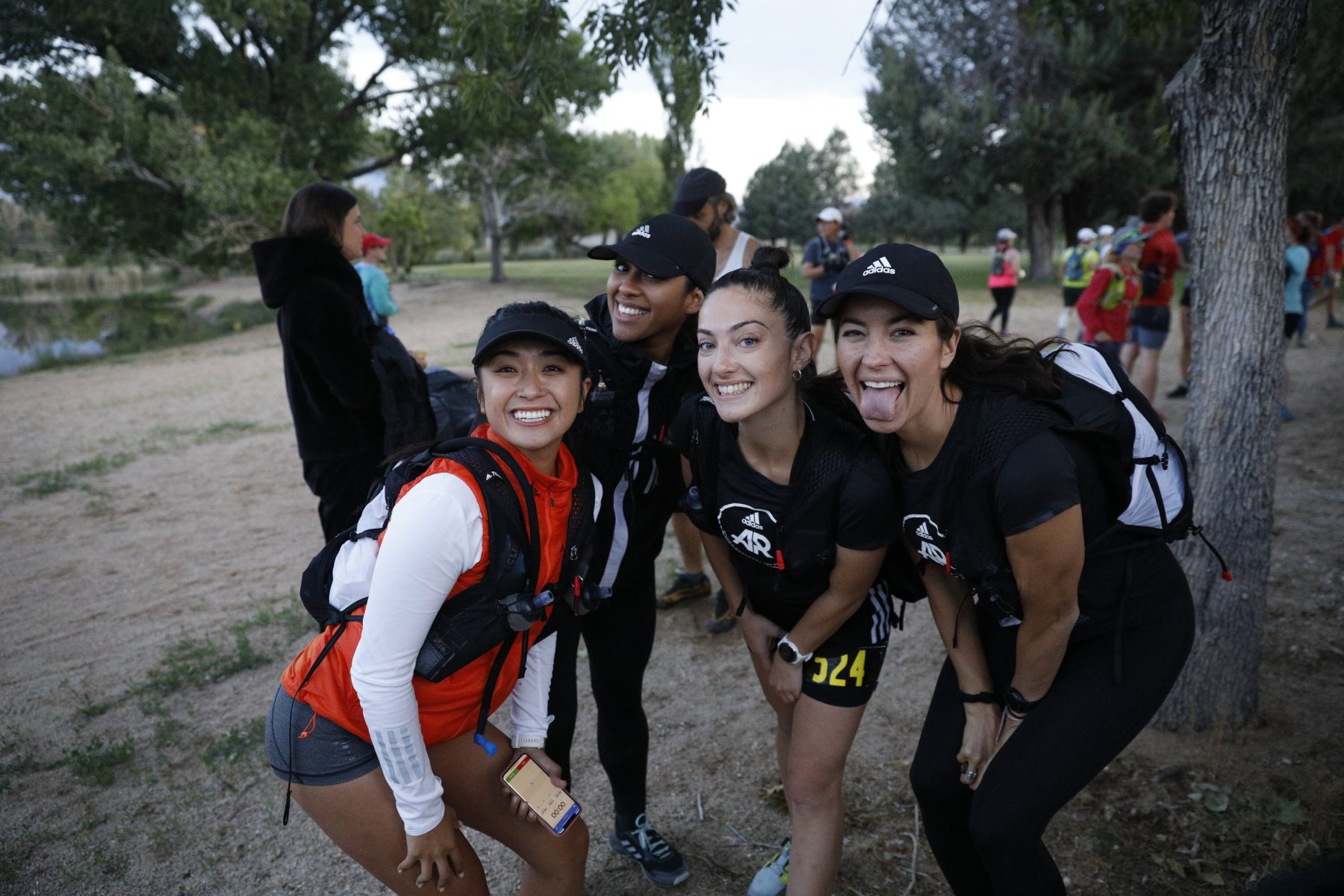 Chloe Acebo, one of the 15 members of adidas Runners L.A, amazingly started to run regularly only last October and yet was one of the first to sign up for the team relay trail running championships in Gastein/SalzburgerLand at the end of June.

“It all started last October when I ran my first 3 mile community run, which was my first 5k with a community (not a random race with friends). I was paced by Coach Nadia’s dog, Max, I actually had to walk most of it and Max beat me! It’s been an incredible journey to literally start from nothing and now I’m about to run my first major race (June 2019) all in about an eight month period.”

Why did she sign up for such a difficult run on the other side of the world?

“Just kidding! Actually, true to my minimal running history, I knew that I wanted to take advantage of the community support to challenge myself with new terrain so I decided to sign up purely for the community aspect. I also knew that the Boulder Retreat sounded amazing, but I told Nadia before training that my intention is to simply run and have fun. I am excited to learn from professional athletes and getting to know my team while traveling. Overall, I am beyond grateful to have this opportunity to be alongside my community while representing adidas Runners L.A!”

Chloe’s lack of experience is perhaps not the norm for those who will run in the adidas INFINITE TRAILS World Championships but the love of being part of a community, running in a team and becoming one with nature are common trends amongst the participating athletes.

Ferdinel Sabado has used trails to get him through the toughest times in his life and his running community has pushed him to become the man he is today.

“I started running at the end of 2013 at what was probably one of the lowest moments in my life. I was laid off from work, changing and figuring out my career path, and was re-examining my past failures. I didn’t know where I was going in life, who I was going to be, and what the future was going to hold for a working class kid. As a Filipino American I always felt that my family was at a disadvantage growing up because we were minorities who didn’t have the resources and privileges to succeed. But in a way, I think that was a blessing in disguise as we learned the value of hard work.”

“At my lowest moment, I decided to take a big risk and started putting the Man upstairs first in my life and began running. I kept telling myself that I was going to change my life around and somehow, someway, make it out of that situation.”

“To hold true to my promise, I began running marathons in 2014. And what started out as a recreational, casual, and stress relieving run, turned into a passion and somewhat of a calling. I found myself enjoying and falling in love with running. As I continued running marathons, I kept finding more purpose and reason to keep running. My talent in running was getting stronger, faster, and I began chasing more things that were harder to catch.”

“With each race I ran, I began to notice myself overcoming more challenges and obstacles in my life. Instead of running away from my past, I knew I was running toward a destination with more purpose and reason. On my journey, I learned important values such as patience, trust, and perseverance. These lessons began to apply themselves to my actual life.”

“Life has been quite surreal since I started running, and it has led me to amazing experiences, lifelong relationships, and incredible memories. Running has helped me overcome many obstacles, especially the trials and tribulations I’ve experienced since 2013, and I know it’s just the beginning. Never in my wildest dreams would I have thought that running would have led to this and to this day, I continue to run, dream, and chase things that are hard to catch.”

“I love being part of a team, I love running, and I simply love adidas. It was an incredible honor to have been invited to be part of the adidas Runners L.A team that will run in the adidas INFINITE TRAILS World Championships and I was motivated to be part of this because I didn’t want to let my teammates or the community down. I want to give it everything I’ve got and really rep my family, friends, and community.” 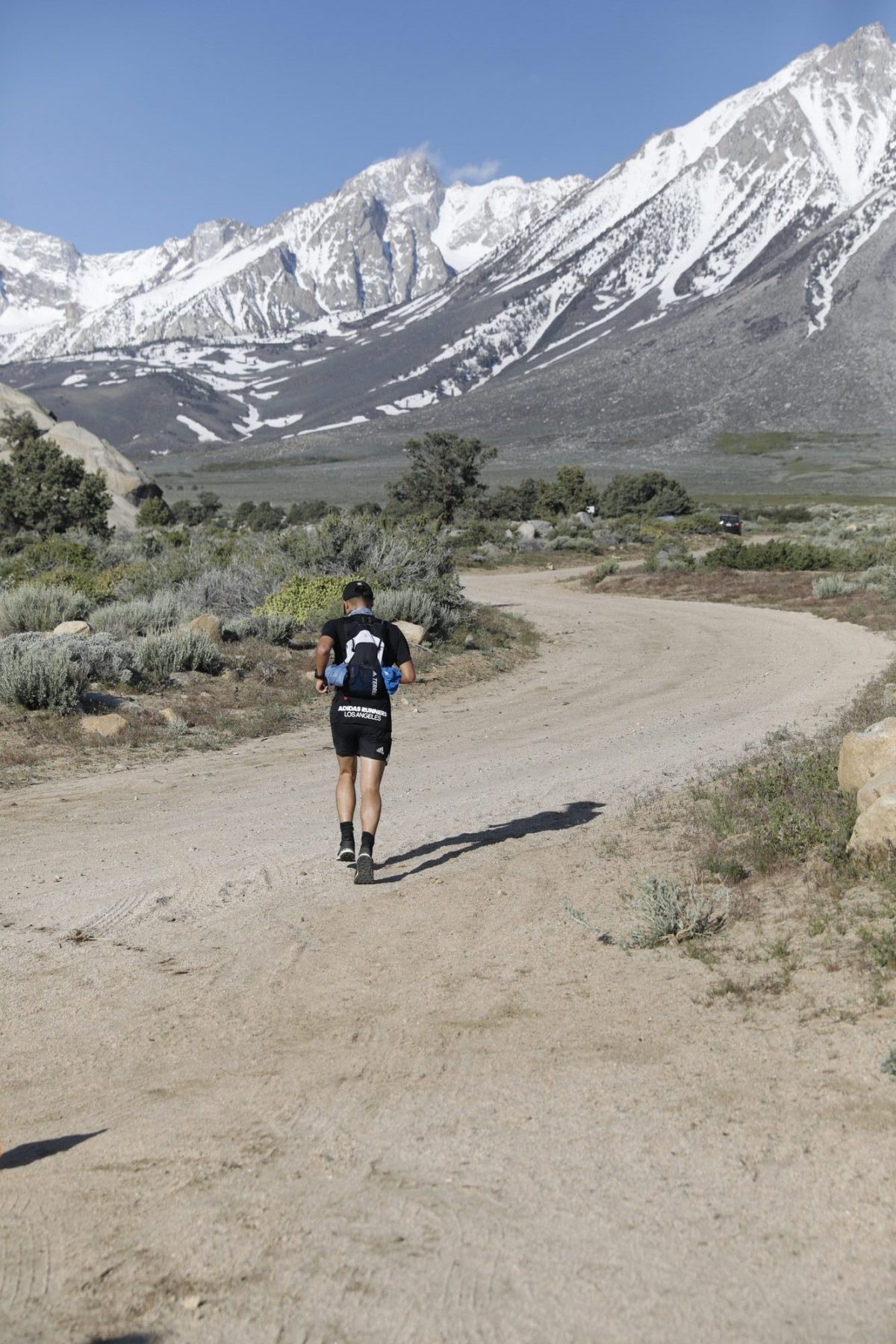 Ferdinel’s story is one that many can relate to and an inspiring one as well. The sport of trail running is not just an escape from the stresses of everyday life but can also be a catalyst that sparks a fire deep within you. Something that can make you a better person both mentally, spiritually and of course, physically.

Olivia Perez joined the sport because of health issues but stayed with it after it provided her with much more than she ever imagined.

“I started running in 2016 because I was at risk of a heart attack with high cholesterol that was shooting off the charts and, soon enough I started taking medication even though it all seemed so impossible since I was only 21 or 22. The doctors stated I needed to change my eating habits and start exercising, so that same year I signed up for a half marathon and sure enough finished with a 2:15. Ever since, the feeling of accomplishment has stayed with me not only because I needed to reduced high cholesterol but because I loved the way I felt after my runs . I felt so accomplished, healthy and ready for any challenges coming towards my future. My plan is to run with a lot of heart at the adidas INFINITE TRAILS World Championships and help encourage others along the way.”

Olivia pushed through her physical challenges and has become an inspiration for all that meet her. Martin Torres also had a problem to overcome on his road to Gastein/SalzburgerLand, Austria:

He had a phobia of running.

“I hated running for nearly my entire life. I was a competitive cyclist on the road and trail, but couldn’t stand even running around the block. That changed when I started mountaineering, where trail running is really the best training. Determined to get over this hatred (actually phobia) of running, I was inspired by random friends on facebook who were running marathons and so I signed up for the L.A Marathon. Training for that race was very tough, but I got over my dislike of running. I wouldn’t say I loved the sport after that but I fell in love later when I got on the trails and ran for hours just seeing how far I could go. That lead me to prioritize running and I started racing more seriously in 2017 and 2018. I raced my first real ultra in 2019 and I am building to a 100 mile race later this year.”

“As for why I signed up for this event, I’ve always been very inspired by the trail racing culture in Europe and have wanted to spend some quality time in the Alps. That combined with a natural apprehension about the challenge of this race, makes it very daunting, but exciting and I can’t wait to run in the adidas INFINITE TRAILS World Championships!”

As if these stories weren’t inspiring enough, our final interview with a member of the adidas Runners L.A was Alea James and she only wants to change the very way that trail runners are perceived.

“I would like to say I look forward to expanding the look of what a trail runner is. As the only black female on the LA team and one of three (I think) on the adidas Runners U.S.A team as a whole, I want other women of color to see me (and us) and be encouraged to explore the mountains. Not just hiking but trail running!” 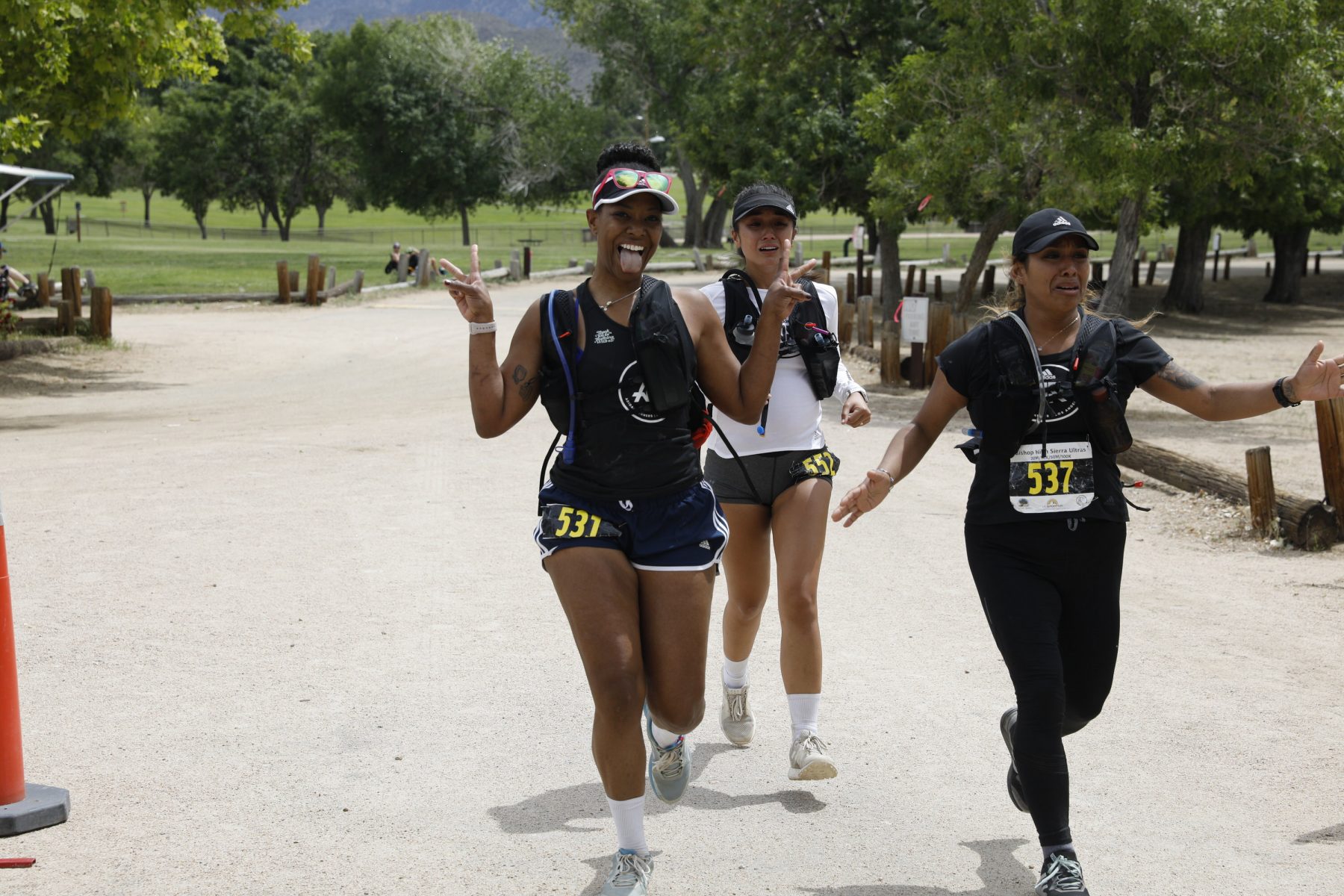 “I started running 7 years ago after a friend of mine kept inviting me. The only running I’d done before that was the required mile at school…and maybe sometimes a sprint for the bus. So I started running one day a week “with” runners 10x faster than me. Everyone was so encouraging and welcoming that I wasn’t self conscious or worried that I ran slower. I caught the running bug and found out about another group that ran on a different night. That group, at the time, had a group of girls training for a marathon, so I trained with them. I ended up running a 20 mile training run before I’d even signed up for my first half.”

“Within my first year of running, I ran three half marathons, one marathon and a few 5ks. I was hooked and I haven’t looked back since.”

“One of my goals moving out to LA was to go on more hikes. We started going on more community hikes and I was so excited to start exploring! Trail running has been something I’ve been interested in, but I didn’t always have the opportunity while living in NY. It’s possible but not easy while living there. Out here, there are multiple trails within 30 minutes from my front door. Now I am really excited to give it my best at the adidas INFINITE TRAILS World Championships.”

What a perfect set of examples of why we run. Why we love this sport and love the trails. Why the community and unique team relay format of this event has athletes from all over the world ecstatic about accomplishing their goals as “we” rather than “I”.

The adidas Runner L.A are in, are you? Believe it or not, it’s not too late to sign up for the adidas INFINITE TRAILS World Championships and you can still run alongside these lovely folks from L.A as well as superstars in the sport like Timothy Olson, Luis Alberto Hernando, Yngvild Kaspersen and Ekatarina Mityaeva. Register here and join us in just over one week in the stunningly beautiful Alpine region of Gastein/SalzburgerLand, Austria.